ALWAYS ROCKIN' WITH THE BOYS FROM BRETAGNE!

KLONDIKE ROCKS OUT AS GUEST GUITARIST IN THE LATEST RELEASE FROM SPANISH POP-MEISTERS BANG 74. LISTEN TO IT HERE! 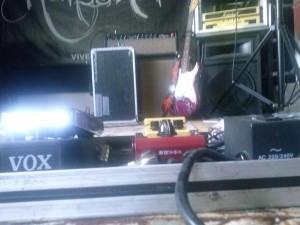 WHILE WE SORT OUT THE LABEL AND VIDEO, NO ONE IS SITTING ON THEIR HANDS! 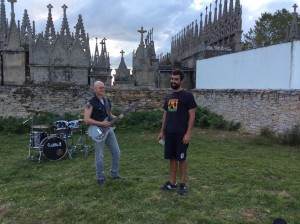 KLONDIKE AND FILMAKER ALVARO ARRIBI AT THE VIDEO SHOOT FOR THE NEW SINGLE!

STAY TUNED FOR MORE UPDATES ON THE RELEASE!

Despite my declared readiness, willingness, and assurances to put the band's interests and reputation well ahead of any personal differences I am “not invited to participate” in the upcoming tour and promotion of the ultimate release of a band I have been associated with for 40 years.

A band whose legacy and reputation has been built solidly on a perceived “code” of unity, camaraderie, musical cohesiveness, and a blistering “twin guitar attack”.

There is absolutely no professional or musical impediment or rationale to preclude me from participating in this event.

Rather, this decision is a result of a last desperate and bullying demand from a singer who’s animosity towards me has spanned decades and whose antipathy towards the band is well documented.

I now marvel at the absence of the integrity, honesty, loyalty, courage, and ethics that characterise this band’s rhetoric and mythology.

I will continue to honour the spirit and reputation of that band and move forward beyond this cowardly and vindictive act.

And, I still proudly hold onto the memory of a time when we rallied round its flag and yelled “Yeh hup!” 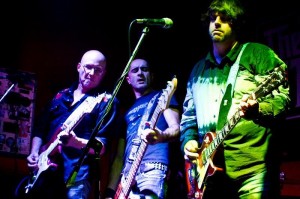 A SHORT, SWEET, AND ROCKIN' RUN THROUGHT BRETAGNE HAS JUST BEEN ANNOUNCED!

PLAYING WITH THE OUTSIDE ALWAYS SCREAMS "PARTY TIME!" SO YOU KNOW YOU WANNA BE THERE!